Sarah MuenchDecember 22, 2014
MTBPremium News0 Comments0 views
From two Arizona riders taking the top podium spots at a national championship to the loss of a mountain bike racer in a tragic accident, it’s been a rollercoaster year for cycling.

Here are 12 major stories about Arizona cycling in 2014. What do you think was the biggest headline? Vote in our poll.

Arizona’s Eric Marcotte and Travis McCabe (Team SmartStop) did the unthinkable by going 1-2 in the USA Pro Road Race National Championships, bringing home a team victory and a win for cycling in Arizona.

Scottsdale’s Gea Johnson (FASTER) finished Masters Worlds in Manchester, England with a second-consecutive gold and U.S. elite women record in the 500-meter time trial and a new record in the women’s sprint.

Before Kayla Hankins (Strada Racing Club) crashed out at the USA Cycling Amateur Road National Championships in Madison, Wisc., she brought home gold and a national championship in track cycling.

Clipped In goes behind the scenes at the Tour de France

Clipped In AZ’s Regina Jefferies went behind the scenes with an official press pass at Stage 3 of the Tour de France in Cambridge, meeting Peter Sagan and Ted King (Cannondale) and spotting Vincenzo Nibali (Astana), the current race leader in the yellow jersey.

A new, unpermitted weekly time-trial series by FASTER went off in Phoenix in December on a road known as a prime TT location.

Dwayne “Highly” Falkner’s life touched both sides of the U.S.-Mexico border. Falkner, a mountain biker fatally hit by a car in November on Pecos Road, was a patriarch of Rancho Feliz, a community in Agua Prieta that helps residents of the beleaguered border town overcome extreme poverty. 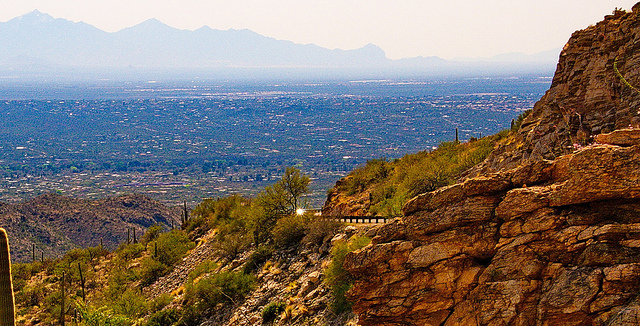 Arizona junior cyclist: ‘I burned out’

Since 2010 approximately 70 Arizona riders have turned 19 and transitioned from the junior ranks. Nearly 50 of them have not raced in 2014.

Team Vitesse time trialist and mountain biker Rob Nickerson, who is undergoing chemotherapy for throat cancer, saw a Clipped In Facebook post asking for help in providing bikes to a family with cancer-afflicted children. Nickerson took action immediately and purchased a bike for the family.