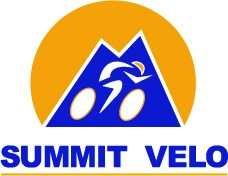 Summit Velo started life in 1999 as Flag Velo, named for its Flagstaff, Arizona, roots. The original concept was to build a Cat 3 club and started with a dozen Category 3 racers. As some of them moved up in category, a new focus became building a Regional Team with Category 1 and 2 racers. A major goal was to enter many of the NRC races offered in the Western half of the country. At this time, Flag Velo started to recruit promising Category 4 racers to have a “Farm Team” from which to grow Cat 1 and 2 racers. During the recruitment of the Category 4 squad, the center of gravity for the club transitioned to Tucson, Arizona, as more riders from the Southern part of the state were added. At the same time we changed the club name to Summit Velo, to mirror our, then, title sponsor, Summit Center Sports Medicine. Eventually, we started actively recruiting men and women Masters racers. Today, we are a large comprehensive club focused in developing Category 4 and 5 racers.

Always a strong promoter of bicycle racing in Arizona, Summit Velo/Flag Velo offered some of the finest races in the state to include the State Championship Road Race at Mormon Lake, the Summit Center Classic Stage Race in Flagstaff, The Wupatki Road Race, The Snow Bowl Hill-climb, as well as the Flapjack Flats and Three Bears Time Trials.

During its existence, Summit Velo has produced a World Deaf Champion, a National Masters Criterium Champion, several National Championship Medalists, and dozens of State Champions in road and track disciplines.